The Science of What Makes People Care

The Science of What Makes People Care

Effective communication is not simply about getting your message out. It requires you to strategically tap into what shapes people’s feelings and values. Here we share five principles pulled from social science that will help you connect your work to what people care most about.

On March 10, 1748, John Newton, a 22-year-old English seaman who had worked in the slave trade, was traveling home on a merchant ship after a series of misadventures, including being captured and enslaved in Sierra Leone. On that day, a violent storm struck just off the coast of Donegal, Ireland. Rocks ripped a hole in the side of the ship, and it seemed unlikely that the vessel would make it safely to shore. Newton prayed and committed to devote his life to Christianity if the ship was spared. At that moment—the story goes—the ship’s cargo shifted, covering the hole and allowing the ship to limp to port.

Newton kept his promise, eventually becoming an Anglican priest. Most famous perhaps for composing the hymn “Amazing Grace,” the former slave trader dedicated himself to ending the slave trade. In 1787, he joined efforts with others to found the Society for Effecting the Abolition of the Slave Trade. Their members included Olaudah Equiano, a former slave whose storytelling abilities and autobiography made the horrors of slavery real. Josiah Wedgwood, an industrialist, created a logo for the campaign that inspired empathy and connected with the horrifying inhumanity of slavery. The emblem pictured an enslaved man on his knees, in chains, encircled by the words “Am I not a man and a brother?” It appeared on snuffboxes, cufflinks, and jewelry throughout Europe. Newton himself wrote a pamphlet titled Thoughts Upon the African Slave Trade, which detailed conditions on slave ships, and which he sent to every member of parliament.

Together they created what is often regarded as the world’s first infographic: a cutaway map of the Brookes slave ship, showing how slaves were stacked and chained. They posted these images in taverns and pubs throughout Europe. 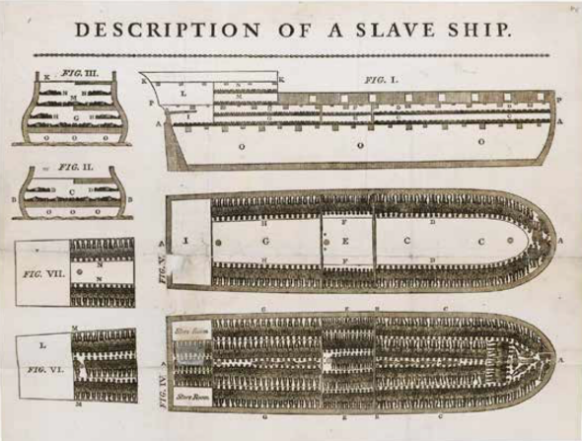 Copies of this cutaway map of a slave ship, created in 1787, were posted in taverns across Europe. Regarded by some as the world’s first infographic, it made a powerful case against slavery. (Image courtesy of the British Library)

As part of their campaign, they launched a boycott of sugar, a product purchased mostly by women, who made most decisions about the foods and products their families consumed. The campaign reduced the demand for sugar by 30 percent, showing that the tie between economic dependence on slave labor and products in demand across Europe could be severed.

Their work eventually succeeded. In 1807, Parliament passed the Abolition of the Slave Trade Act, which banned British ships from engaging in the slave trade. Their efforts are widely regarded as one of the first social justice campaigns.

What these men accomplished contains the hallmarks of any effective campaign and conveys lessons we can apply today.

In what follows, we delve into the science behind what makes people care. We’ve identified five principles that are supported by research from a range of academic disciplines. Collectively, these rules offer a framework for building and assessing your communication strategy and designing efforts more likely to result in belief and behavior change. But, as with any effort to apply research findings to strategy, we have to be cautious not to overstate or oversimplify what the research tells us.

Perhaps most important, applying these principles doesn’t require you to make a massive investment in new communications efforts. Rather, they offer a way to make the work you’re already doing more effective. Since they are also easily mastered, people throughout your organization can embrace their roles as communicators regardless of their title or role.

From Feelings to Change

Social service organizations collectively spend millions of dollars each year on communications that focus on informing people. Sadly, these kinds of efforts ignore the scientific principles of what motivates engagement, belief, and behavior change. Consequently, a lot of that money and effort invested in communications is wasted.