Profits generated by publicly traded corporations between 2004 and 2019 amounted to about $13.4 trillion being paid to shareholders in the form of stock buybacks and dividends. But the distribution of those payouts went overwhelmingly to white families, according to data from the Federal Reserve Bank.

About $13 trillion of payments to stock owners went to white households, while a much smaller amount — $181 billion — went to Black households, according to a recent report from the New York-based Roosevelt Institute. The study highlights how the unequal distribution of stock ownership has played an increasing role in widening the racial wealth gap. 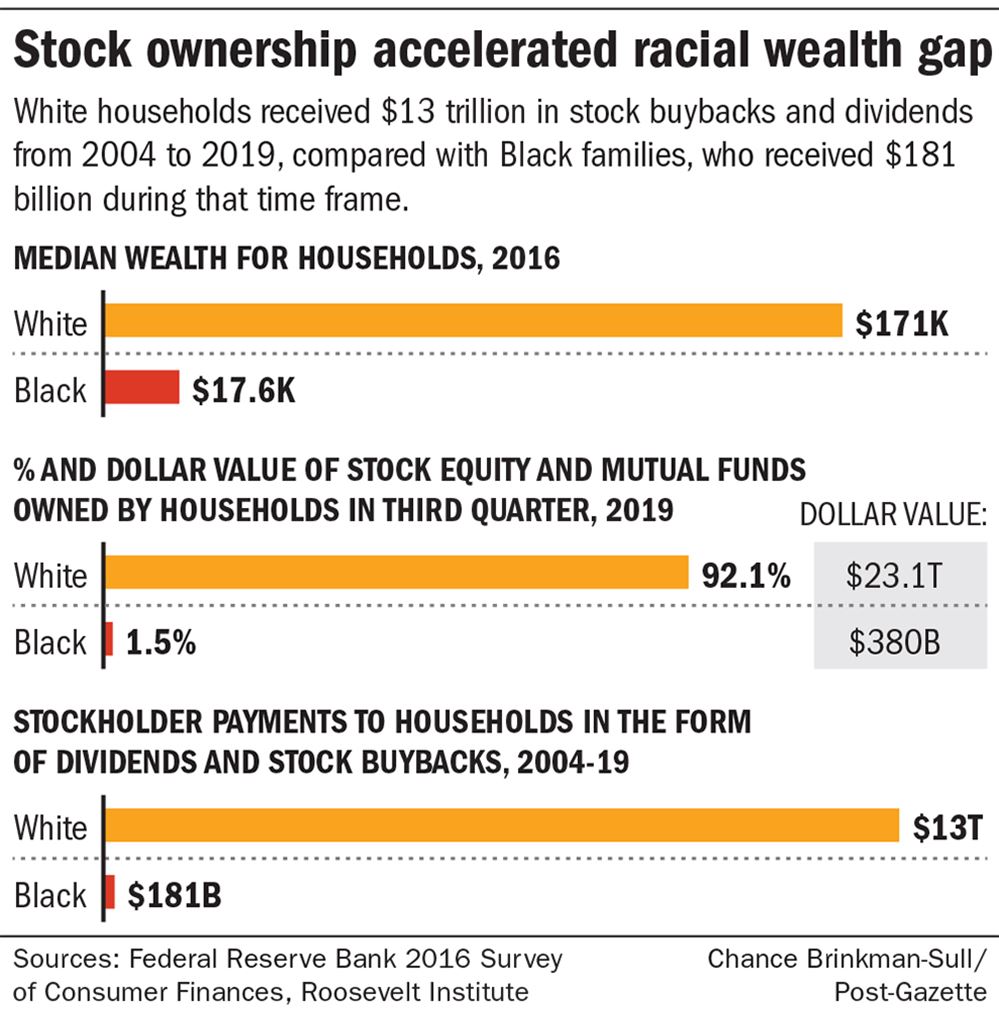 Many factors have caused Blacks to have less money invested in stocks — from working lower paying jobs to having lower odds of inheriting wealth — but the reality is that an increasing corporate focus on fattening shareholders’ pockets has not helped most Black Americans, said Lenore Palladino, an assistant professor of economics at the University of Massachusetts Amherst.

“We have a false myth that we live in a shareholder democracy and that everyone owns stocks and when the stock market goes up, everyone benefits,” Ms. Palladino said.

Only about half of American households own stocks, and those that do mostly hold it in retirement accounts.

The Federal Reserve’s Survey of Consumer Finances most recent report released in 2016 found just 52% of U.S. families own any stock whatsoever and 87.8% of those who held stock did so in a tax-deferred retirement account like an IRA or a 401(k). Only 26.9% owned individual shares of stock.