In the US, there has been little-to-no real wage growth for a majority of the population since the 1970s¹, and the wage gains that have manifested have flowed to the highest-paid Americans. The effects on wealth have been severe – the bottom 50% of wealth owners have experienced no net wealth growth in real terms since 1989. At the other end of the spectrum, the top 1% has seen their wealth grow by almost 300% in real terms over the same time frame.² Predictably, this has grown overall wealth disparity (Exhibit A). This is a pattern that repeats across most developed English-speaking countries³ even as country-level inequality on the world stage has shrunk. 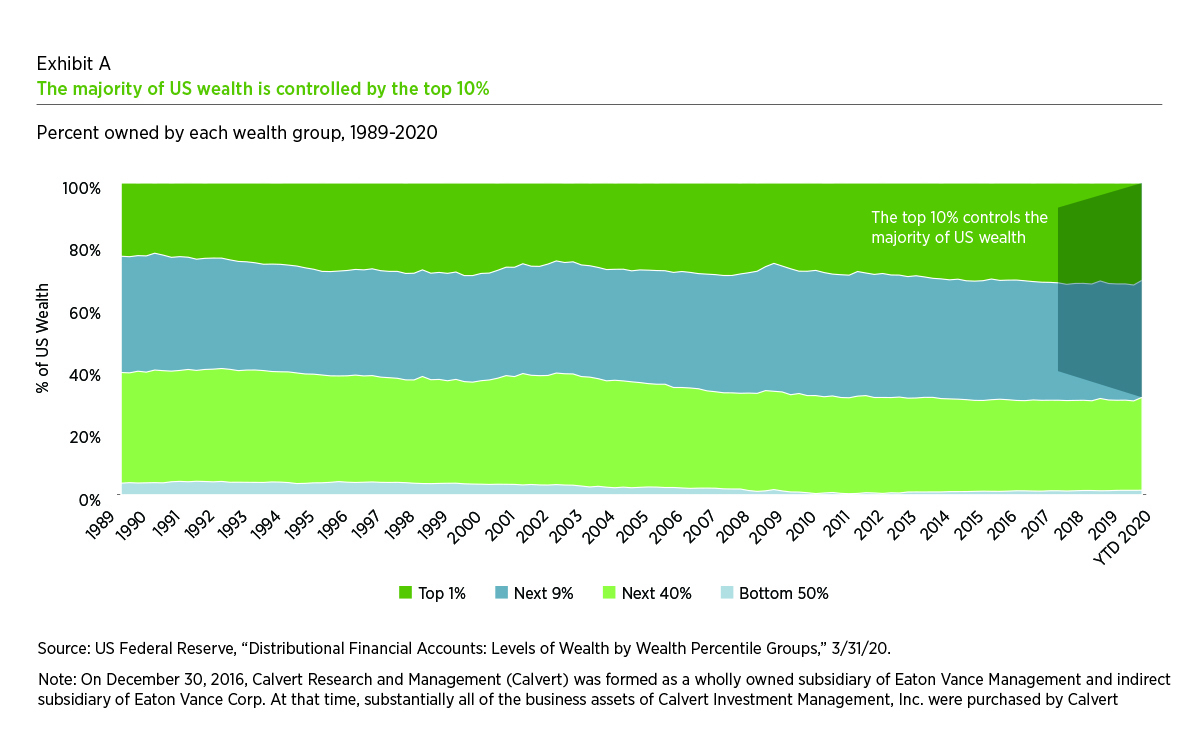 Looming fiscal austerity measures from the economic effects of the pandemic are also likely to impact safety nets and social services. Citizens of countries in earlier stages of development may face a different set of factors such as food insecurity, or limited access to utilities and housing. But in all countries, lower-income households face a set of barriers that stack the deck against them. Racial, gender and cultural biases only add to the disparity in opportunities that many victims of inequality must overcome.

Inequality in the national spotlight

Although inequality has been a pressing issue for decades, it has come to dominate our current national conversation. Consider:

The stresses and dislocations to society imposed by COVID-19 and social justice issues have both created new fault lines and exacerbated long-standing tensions. And although the solutions are complex, the private sector must do more to address this issue.

Research has found that more inclusive economic growth is also more sustainable economic growth. At a macro level, greater inequality can reduce aggregate demand, pulling down a country’s GDP growth while increased leverage can lead to greater market volatility (as discussed below).

Research by the World Bank Group has found that, on average, a 1% increase in inequality (as measured by the Gini coefficient)⁸ reduces GDP per capita by around 1.1% over a five-year period. The Economic Policy Institute (EPI) estimates that the shifting of an ever-larger share of US income to high-income households since the late 1970s has reduced aggregate demand (spending by households, businesses and governments) an estimated 2 to 4 percentage points of GDP annually in recent years.⁹

The impact of reduced demand has been offset primarily by falling interest rates, but this is not a sustainable solution; in a different environment, lower demand translates more directly to slower GDP growth. Since corporate earnings growth has been correlated with GDP growth historically, corporations are exposed to the risks posed by growing inequality and have a key role to play in addressing it. 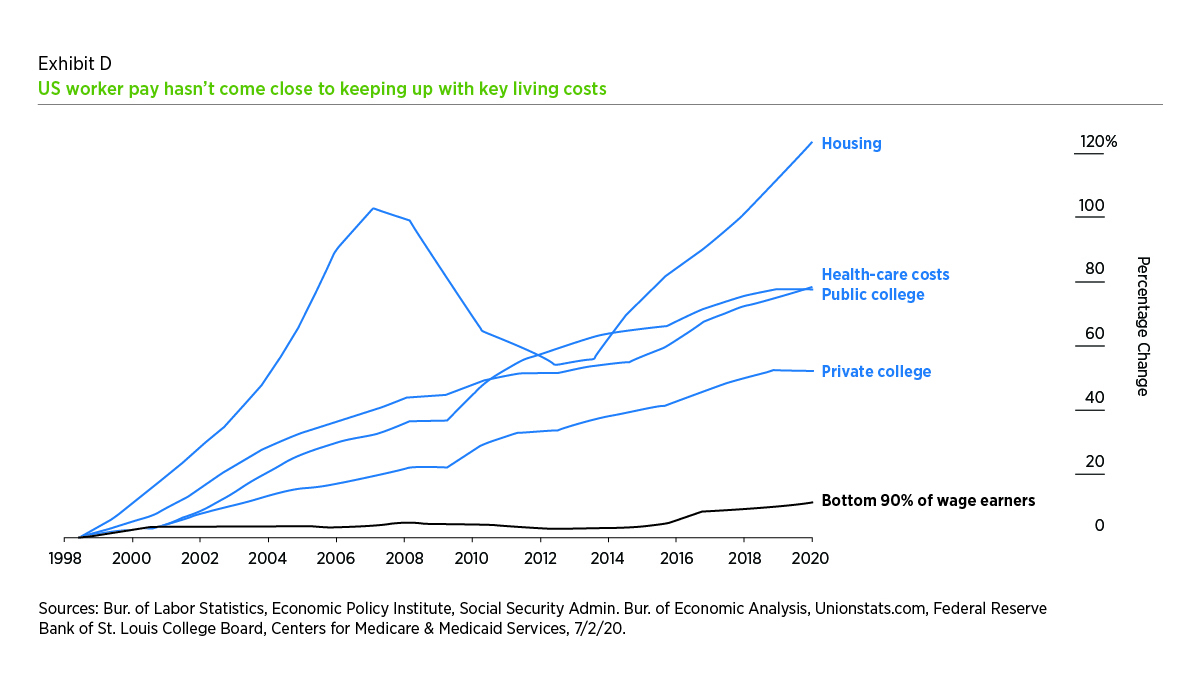 Despite large transfers of wealth to the top 10%, spending among lower-income Americans has not decreased proportionately, resulting in increasing levels of household debt.¹⁰ While the causes for maintained spending likely include the welfare loss that would be induced by proportionate consumption cuts,¹¹ another fact is clear – the cost of living has gotten more expensive. In the US, real wage growth for the bottom 90% of American workers since 1998 has been vastly outstripped by the growth of costs such as housing, health care, and public and private college (Exhibit D).¹² As a result of increased debt, the bottom 90% of Americans have been saving 0% of their income over the last 30 years.¹³

Read the rest of the article here at Pensions & Investments